It has been a long while since I’ve been able to attend a professional development event in-person, so today I’m throwing it back to my absolute favourite event that I’ve attended! This event took place in 2019 and was called “VENUS presents: Chris Appleton – The WOW FACTOR”

Now most may not know who Chris Appleton is, BUT I promise that you know who his clients are. Chris is a celebrity hairstylist who works with Kim Kardashian, Jennifer Lopez, Ariana Grande, and many more celebrities. As a hairstylist, I was SO excited to learn from him. As soon as the event was announced, I bought a front-row ticket and a train to get there. This was also the first time I attended an event like this by myself! I had to commute from Ottawa to Toronto for it, but it was totally worth every minute. After booking an AirBnB and packing a bag, I was ready to head to an event that would forever affect my career as a hairstylist!

The event was held at the Royal Conservatory of Music, and was set up as an evening cocktail-style event. This event was a look and learn format, so our participation mostly involved watching while Chris demonstrated his techniques. I wanted to get the absolute most out of this event so I made sure to actively take notes during his performance as well as a few videos of demonstrations! At the end of the show, we had the opportunity to meet Chris Appleton! I may look collected in this photo, but let me assure you, I was screaming inside like a fan-girl. 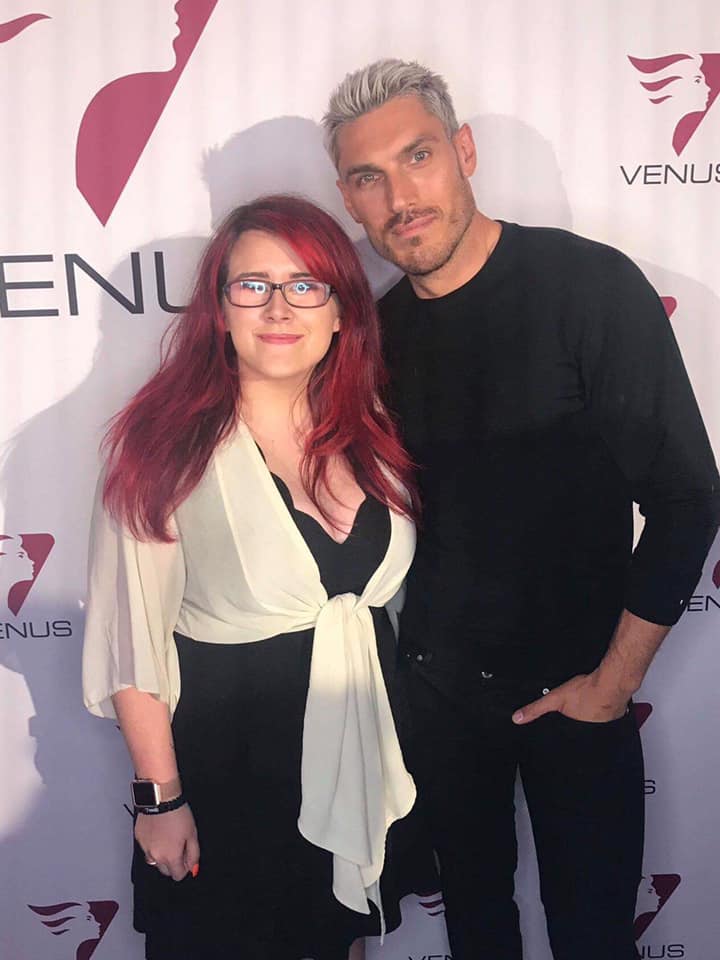 After the event concluded, we also had the opportunity to chat with other event goers. At this point in the evening, I stayed to chat with a few local salon owners and had the chance to network. We exchanged our social media profiles and kept in touch after the event. This part took the most work for me as I was quite nervous being there by myself.

I chose to walk to my AirBnB after the event because I was so hopped-up on adrenaline. This event was a major inspiration for me, and that was my biggest takeaway. While the tips and techniques were very valuable, my biggest asset was the confidence it gave me. My absolute favorite quote from the evening was when Chris said “let me tell you about a time that I f**ked up Katy Perry’s hair”. This man who works with the biggest named celebrities was humble enough to admit that he makes mistakes too. He talked to us about what it took for him to make it big in the industry and it really inspired me and my work from there out.

Would I attend an event like this again? YES. Absolutely yes. This event was a pivotal moment for me, I use the techniques I learned at this course nearly everyday in my professional career. Most importantly, this course gave me the courage to really put myself out there more when it comes to social media. For me, this course taught me that I was on the right track to achieving my dreams!