A discussion of branding can lead to a certain ambivalence or skepticism about the term, and what it stands for. This skepticism extends, in my mind, to certain aspects of corporate car branding, and I wonder if these questions can also feature in notions of personal branding. For example, is building a brand really founded on authentic, credible reputation management or could some of it be classified as “smoke and mirrors?”

A case in point:  I heard a recent media report  saying that behemoth carmaker General Motors (GM) was moving its Cadillac marketing staff from Detroit to New York City – not the actual design, engineering and manufacturing staff mind you, just the marketing people.  Apparently, the high-end luxury models Cadillac sells are losing market share to foreign upscale brands such as Porsche. The corporate thinking behind GM’s move appears to be that by moving the marketing and branding employees to a trendy district in the Big Apple, “the bright lights of the big city” will impart more cachet to the Cadillac brand.  Eventually, the thought seems to be, the perceived “sizzle” of New York will be reflected in the Cadillac brand, thereby enabling it to better compete with its upmarket German rival.

I’m curious about the wisdom of GM’s decision to relocate its Cadillac marketing staff. Admittedly, the Big Apple is known for having high-profile and sophisticated cultural, artistic and media life. On the other hand, for example, a significant number, perhaps even the majority, of residents of New York are known to favour the subway, train, bus or some other non-car form of travel in the city, particularly when commuting to and from work.  Compared to the more freewheeling car culture of say, Los Angeles, New York’s predominant car orientation seems to be decidedly “pedestrian” (pun intended). 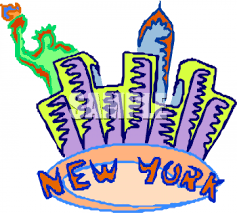 Will GM’s marketing staff be able to translate the hipster vibe of New York into an enhanced Cadillac brand?  Or, is the world-class cachet of New York even enough to overcome the limitations of engineering and manufacturing that may be inherent in the Cadillac product.  In other words:  can or should the hype of the “sizzle” overcome the drawbacks of the “steak?” My sense is solid branding can enhance solid engineering, but unless the product is solid at the outset the resulting “disconnect” between what is said to be offered and what is actually offered  can be problematic for the brand.

Brandchannel, a website dedicated to discussing brands, talks about discipline and quality being two key features of car manufacturing and branding. In other words, build a better product and you can brand accordingly.  This appears to be a key part of German car manufacturers’ approach, such as Porsche’s. Interestingly though, according to marketer Terry O’Reilly on a recent episode of his CBC radio program, “Under The Influence” , even though many German car brands including Porsche are ranked highly by the owners for their “gratification” (brand perception) in owning one, the German brands are not necessarily highly ranked in surveys of vehicle dependability. In fact, in many cases, German luxury carmakers trail by a large margin other brands such as the Japanese (Lexus) in vehicle quality.  So even when the brand perception (gratification) of initial quality is evident, actual ongoing vehicle quality may not be!

What do the Cadillac and Porsche branding experiences suggest about personal branding?   How do we best ensure that our personal brand is a credible and authentic image that is consistent with our own “product” offering?