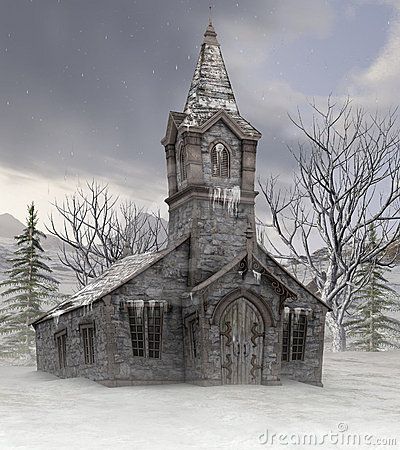 With its declining enrollment, its lost revenue and its shuttered doors, the church has had to make some changes to the way it conducts itself. For a long time now, the past 60 years, there has been a slow decline in the number of catholic church goers. The reasons for this decline are very complex. David Carlin writes for Sophia Institute Press that the decline can be attributed in no small part to several key issues: The changes introduced by Vatican II, shifting American culture, scandal, abuse and so on. The school system is another factor. Enrollment in catholic schools is down and according CRUCX NOW more than a third of millennials claim no religious affiliation. While the Vatican has taken a methodical approach to using social media, some small churches in the U.S. have embraced it. Making religion cool and attracting a younger audience.

For some small churches utilizing the power of social media to bring the word of God to the masses is a godsend.  More and more young people are online. They get their news online. They connect with friends online and they now pray online. Here are a few examples of some very hip social media savvy churches:

The Fresh Life Story
Fresh Life Church was pioneered by Pastor Levi and Jennie Lusko in 2007. From the very beginning the desire was to make Jesus famous and teach the Bible in a way that people could understand – utilizing every form of technology possible to communicate a message of hope. At the first gathering there were only 14 people present but that tiny seed of faith has grown into an avalanche of a move of God that exceeds what anyone could have anticipated. Through Network Sites, radio, television, online broadcasts, worship records, social media and podcasts, Fresh Life’s ministry spills over borders and infuses hope in people all across the country and world.Though the church has grown and the dreams are big, the focus is intentionally small – impacting people with the shocking, life-changing grace of Jesus one life at a time. January of 2017 marked ten powerful years of Fresh Life, but the story has only just begun to unfold, and the half has not yet been

Vous Church
Founded in Miami with a goal of community outreach and involvement, Vous Church is the only church on this list with a Snapchat icon on their home page. If the photos on their Facebook and Twitter are any indication, Vous Church is one of the youngest churches in the social media game, and it shows.
How Vous Church Owns:
• They often post Bible verses, quotes from their messages, and other information with well-designed (and very shareable!) images made by their creative team.
• They have their own hashtag, #vousnotes, for sharing insights from the message.
• Instead of hosting videos on their website, Vous Church opts for a weekly podcast on the iTunes Store, making it mobile-accessible.
• Retweeting members adds a personal touch

Community Bible Church:
Community Bible Church (CBC) probably stands alone on this list as a church that at one point had an actual Social Media Pastor (the title no longer exists but the great content does). Based out of San Antonio, Community Bible Church broadcasts sermons all across the country, and even has special sermons just for their internet campus.
How Community Bible Church Owns:
• Separate social media accounts for their online church help the internet campus feel like a real campus.
• Personal videos from the worship team on Facebook get people pumped for their Worship Wednesday service.
• They make sure to directly engage with Twitter followers by asking how they need prayer, or what their goals are for the week.
• They share many Bible verses on Twitter and Facebook, with great designs that members can download and use for their own inspiration.
• They keep it personal even on Instagram by reposting members’ photos from CBC events.

I’m not a religious man by any means but Catholicism presented this way is worth a second look. What do you think?